Today would have been Sean’s 31st birthday. Most likely, we would have spent the day at a Yankees’ game or possibly riding bikes down the shore. There most definitely would have been cake, and smiles, and laughter, and did I mention cake.

This year, similar to last year, there will be less laughter and smiles as we continue to miss Sean dearly. However, there is a reason to put a smile on our faces, and that is the effort by Sean’s mom Maggie, and his sisters, Moira and Meghan, to continue Sean’s legacy with their participation in Special Olympics New Jersey’s Polar Bear Plunge. The Polar Bear Plunge at Seaside presented by New Jersey Law Enforcement as part of the year-round fundraising of Law Enforcement Torch Run® events, is a unique opportunity for individuals, organizations, and businesses to support Special Olympics New Jersey athletes by jumping into the frigid Atlantic waters during February. This annual event is a perennial favorite, but it has gone virtual this year due to the current safety concerns. All funds raised go towards programming and events for more than the 26,000 Special Olympics New Jersey athletes statewide

In celebration of Sean’s birthday, Maggie, Moira, and Meghan will be freezin’ for a reason, and I couldn’t be prouder of them. Their support of Special Olympics, the organization that gave so much to Sean, is precisely what living like Sean means. Maggie put it best on her fundraising page:

Sean Timothy Nelligan was a giver. Every day of his life, he gave a smile, a hug, a handshake, or a compliment. He loved asking people how they were doing and cared about the answer. He was funny, always making jokes and dancing in the car. He was brave. He was smart. He was kind. He was a son, brother, nephew, cousin, and friend. Simply Sean made the world a better place. Because everyone that had the privilege of knowing Sean understood what unconditional love was. Sean was full of light and our worlds will always be a little dimmer without him here. But this year, for his birthday, we want to do as Sean would and give. So, on April 10th, we are participating in the Special Olympics Polar Bear Plunge to support the organization that gave Sean such a life. We ask that all of our loved ones either join or donate to our team to show Sean our love! Any amount you donate is appreciated and will help to support over 26,000 Special Olympics New Jersey athletes. SONJ is hosting the Polar Bear Plunge virtually this year from now till April 17th. The three of us will be taking the plunge on Sean’s birthday, April 10th. We ask in memory of Sean, take the plunge and support Special Olympics however you can!

So, this year, in celebration of Sean’s life on his birthday, I hope you join me in supporting Maggie, Moira, and Meghan as members of Team Sean and supporting Special Olympics. 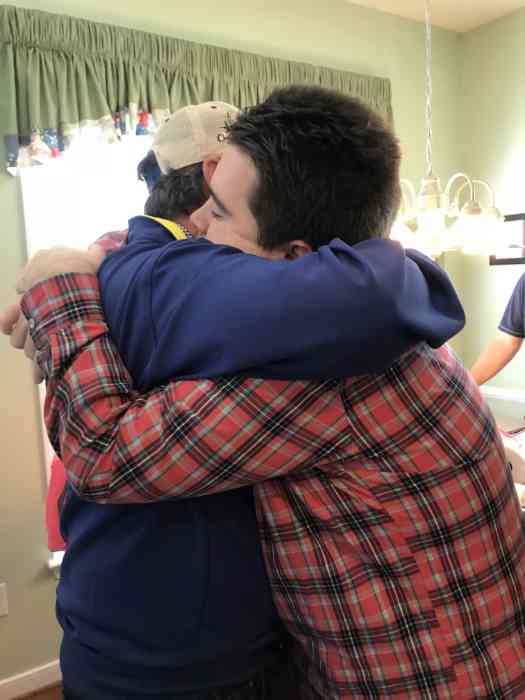