TJ Nelligan has always believed in the transformative power of sports. Kids on teams “make friends, build self-esteem and gain confidence,” he says. Nelligan turned his affection for sports into a business, founding Nelligan Sports Marketing in 1999. As a sports marketer, Nelligan has been to countless Olympics, 25 Super Bowls and buckets of NCAA Final Four tournaments, but the most inspiring event he ever attended was the Special Olympics World Games in Ireland. It was there that he decided Special Olympics USA needed a similar showstopper, and for this lifelong N.J. resident, it had to be here. 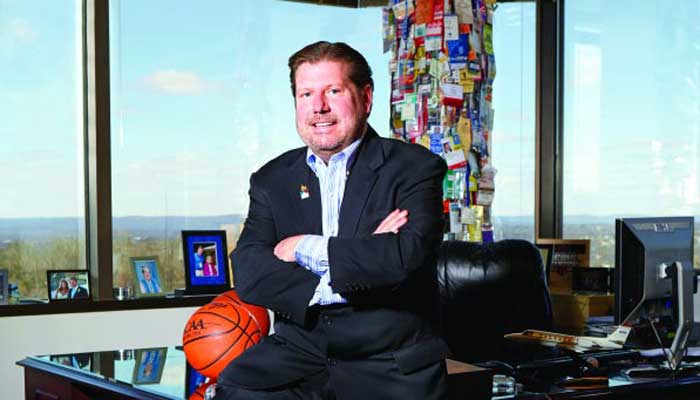