As we approach the two-year anniversary of Sean’s death, I am still in disbelief that he is gone. So much has happened since that fateful Father’s Day morning in 2019. Some days it feels like ten years have passed since we were together. Then I see something that reminds me of Sean, the emotions come rushing back, and I feel like it was just yesterday that he was here.

I know you never get over the loss of a child, but how do you move on from someone who completely changed your life for the better. We used to call Sean an angel on earth. I always knew he was special but it was not until his passing did I realize how many people shared this sentiment. My brother-in-law John said it best, “I always felt really proud about my relationship with Sean – and a little guilty because I felt he and I were closer than some of the other relatives. Sean and I would see each other at family holidays and fall back into easy conversations about whatever we were talking about the last time we were together. How naïve was I? It’s only now that I realize he made everyone feel the same way! That “magic” that I had with Sean was really the essence of who he was.”

There was just something about Sean that made you feel special. Maybe it was the focus he had on you that made you feel everything you said was important to him. Or maybe it was his innate ability to remember aspects of your life that made it appear he was always thinking about you. For me, it was the unconditional love that Sean displayed each and every day to anyone lucky enough to be in his presence.

I initially wrote Live Like Sean to memorialize our time together, but the book has come to be so much more. While promoting the book over the past few months, many have asked what would Sean’s take have been on the pandemic. I know definitively Sean would have been miserable during this unprecedented time because he would not have understood why he could not participate in Special Olympics events, see his friends regularly, attend sporting events, and mostly, hug those who were close to him.

The loss of Sean, followed by the pandemic, only further emphasized to me the importance of personal connections. Sean loved his family and friends fiercely and without expectation. My niece Kelly Bryant said that there are people who come into your life for a purpose. Sean was in our lives, if only for a short time, to teach us how to live and how to love. This is not easy to do without Sean being here as I think of him many times every single day and miss him terribly. However, I know he is now truly an angel guiding me, and so many others, to live more like he did.

I miss you buddy and wish for one of those legendary hugs for Father’s Day. 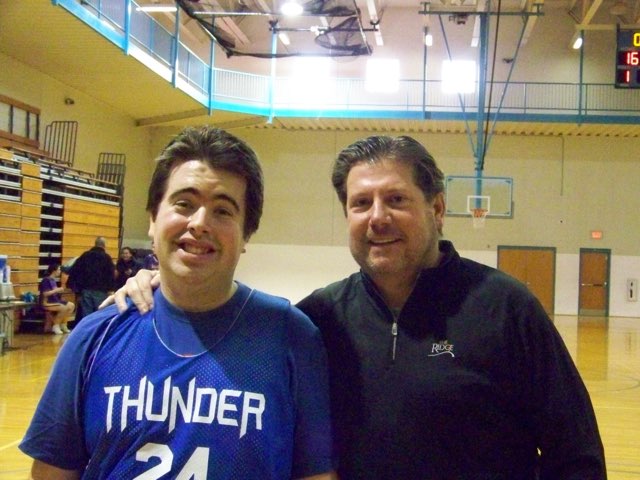